In this article, we have an updated list of Government banks in India along with a merged banks list as of 2023.

Banking in India can be traced back to Ancient India where the Vedas Text mentions a system very similar to the bank which is called “Usury”. In the modern era, banking started in the colonial period with the establishment of the Bank of Hindustan which was established in the year 1770.

After Independence, the banking sector was regulated by the Reserve Bank of India which is the central authority. By this time only the State Bank of India was a major government bank and the rest were private-owned. To meet the need of the Indian economy, the banks were nationalized in the years 1969 and 1980.

In the year 2019, RBI announced three major updates in the public sector bank, the first being the merger of Dena Bank, and Vijaya Bank into the Bank of Baroda. With the merger of the two banks, Bank of Baroda has become the third-largest bank in India.

The other update was the privatization of IDBI Bank, now a private sector bank, acquired by the LIC of India. Third and major announcement from RBI was of the merger of several public sector banks which reduced the PSU Banks count to 12 now with effect from 1st April 2020. Check below the list of 12 public sector banks in India.

What is a Government Bank?

Below is the list of updated 12 Government banks in India after the mega-merger. You can also find merged banks in the brackets for reference.

You may also check the list of all Indian banks, from both the private and public sectors. Let’s have a look at each Public Sector bank individually.

Bank of Baroda is an Indian multinational bank that is the third-largest public sector bank in the country established in 1908. Bank of Baroda has been merged with Vijaya Bank and Dena Bank to create the country’s third-largest lender with a combined business of Rs. 14.82 lakh crore. It also has a large international presence with 107 branches/offices in 27 countries.

Bank of India is the founder member of SWIFT (Society for Worldwide Inter Bank Financial Telecommunications) and one of the top 5 banks in India. It was nationalized in the year 1969 and ever since the bank has expanded across the world. The Bank of India has 24 overseas branches making it a multi-national bank.

Bank of Maharashtra is a major public sector bank with 87.74% shares of the Government of India. It is founded in 1935 V.G.Kale and D. K. Sathe in Pune, India.

Canara Bank is one of the oldest public sector banks in India. The bank was founded in 1906 by the name Canara Hindu Permanent Fund but later changed its name to Canara Bank Limited in 1910. Canara Bank will merge with Syndicate Bank to become the fourth largest Public Sector Bank in the country. The total business of the bank will be Rs.15.2 lakh crore. It will also become the third-largest bank branch network in India.

Central Bank of India was one of eighteen public sector banks that get recapitalized in 2009. It is founded in 1911 by Sir Sorabji Pochkhanawala and is one of the first banks which was completely owned by the Indians during the British colonial era.

Indian Bank is a nationalized bank under the undertaking of the Ministry of Finance. It was founded in the year 1907 by Sri V. Krishnaswamy Iyer and Mr. Ramasamy Chettiar. It have overseas branches as well in Colombo and Singapore.

Indian Overseas Bank is a nationalized bank with 3,214 domestic branches, about 4 foreign branches, and a representative office. It was founded in 1937 by M. Ct. M. Chidambaram Chettiar.

Punjab and Sind Bank was founded in the year 1908 by Bhai Vir Singh, Sir Sunder Singh Majitha, and Sardar Tarlochan Singh. In the year 1980, the bank was nationalized by the Government of India, and ever since, the bank is one of the public sector banks in India.

Punjab National Bank is a banking and financial services bank owned by the Government of India. The bank was established in 1894. PNB bank is going to be merged with OBC Bank and United Bank. The new bank will become the second-largest Public Sector Bank of India with 18 Lakh crore rupees and the second largest in terms of branch network across the country.

State Bank of India is the largest bank in India. SBI is ranked 236th on the Fortune Global 500 list. The bank was founded in 1955. With the merger with its 5 associates banks, SBI has the largest branches network in India.

UCO Bank is one of the major government-owned commercial banks in India. It was founded in 1943. UCO bank recently launched its Whatsapp banking feature using which you can use various banking services using the Whatsapp.

Union Bank of India is one of the largest public sector banks in India. The government holds 90% of its share capital. The bank was founded in 1919.

Banking is one of the major sectors of a country as it is the deciding factor of country’s performance in the Economic area. To meet the need of the growing economic need Government of India nationalized the bank which was previously owned privately.

Nationalization is the process of acquiring major shares in the banks and converting them into Government banks. The following is the list of banks that were nationalized in India-

Public Sector Banks in India-Download in PDF and Excel

The above link provided can be used to download the List of Government Banks in India 2023 in both Excel and PDF format. All banks listed in the PDF and Excel format are Government-owned banks and constitute 12 Public Sector banks. These banks participate in the NEFT System and have different IFSC Codes that enables the bank to transfer fund.

What happens to my old account number after the Bank merger?

How many Government Banks are left after the merger?

After some Government bank mergers, there are a total of 12 Government banks left with seven large public sector banks (PSBs) and five smaller banks.

What is a Government Bank?

When both Central or State Governments have more than 51% of shares in any bank then that bank is called a public sector bank.

What will happen to my account in case the bank amalgamated into another bank?

In case, your bank has been amalgamated into any other bank then your bank account will be transferred into the newly formed bank and the operations might take some time. Till then you might face some network issues with your digital banking products. After the completion of the amalgamation, your account will be hosted on the newly formed bank with an up-to-date balance. Your old products like debit cards/credit cards can still be used however, it is recommended to change them as they might face certain issues. 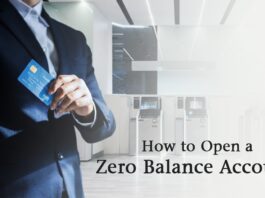 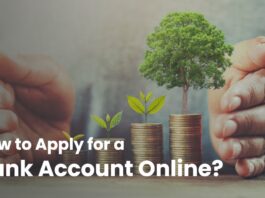