On Friday the 30th August, the Union Finance Minister Mrs. Nirmala Sitharaman declared a strategic move by the government to strengthen the flagging economic sector. The Finance Minister shed light on a series of mergers that involved 10 state-owned banks struggling under a mountain of debt and ensured stronger balance sheets to boost lending and revive monetary growth.

This merger brought down the total state-owned banks from 27 to 12.

This is the first big merger in the new regime of Prime Minister Narendra Modi’s government. The Narendra Modi led BJP won second time in a row in the May 2019 assembly elections.

Punjab National Bank, Oriental Bank of Commerce and United Bank will unite to transform into nation’s second-largest bank having a net business of over 17.95 lakh crore INR and with a total of 11,437 branches.

The merger is the biggest one and involves Punjab National Bank, Oriental Bank of Commerce and United Bank. After this merger, the three banks would form India’s second-largest bank after the State Bank of India (SBI) and would have a total business worth Rs 17.95 lakh crore with 11,437 branches spread out throughout the country.

How it Looks After Merger

Given below is a list of the public sector banks after consolidation :

Mr. Rajeev Kumar, the banking secretary declared that there would be no retrenchment in any of the banks. “Rather, employee benefits and human resource conditions will improve. The best practices will be followed. We will especially ensure that no employee is negatively affected because of this,” he said.

Kumar further asserted that the mergers would be good for the Indian economy. “This is exactly the right time for these consolidations. This will not cause any disruption because anchor banks will draw from their experiences. The synergy will boost the economy and provide great stability,” the bank secretary said.

The Allahabad Bank would merge with Indian Bank to become the seventh-largest public sector bank having a worth of Rs 8.08 lakh crore with a strong base of branches in the south, north and east of the nation. The Finance Minister added that the Bank of India and the Central Bank of India would continue to exist and operate as before.

In the previous year 2018, there had been a merger of Dena Bank and Vijaya Bank with the Bank of Baroda that resulted in the third-largest bank by loans in the nation.

The mergers would leave the country with just 12 public sector banks, including SBI and Bank of Baroda. Moreover, Indian Overseas Bank, Uco Bank, Bank of Maharashtra, and Punjab and Sind Bank that possess sturdy regional focus, would continue to exist as separate entities.

Mrs. Sitharaman further revealed governance reforms in public sector banks by informing that their boards would be provided complete autonomy and would be given freedom to engage in succession planning. Bank boards would even be provided flexibility to charge sitting fee of independent directors, the Finance Minister continued, adding that non-official directors would assume roles in parallel to independent directors.

“To make management accountable to board, board committee of nationalised banks to appraise performance of general manager and above including managing director,” she said.

After the mergers, the boards would have autonomy to appoint chief general manager level according to the business requirements. They could also employ chief risk manager at market-linked compensation to draw optimum talent.

Last week Mrs. Sitharaman had disclosed the first of three planned inducement packages which involved tax reductions, enhanced liquidity in the banking sector (formal and shadow), a rise in government spending on auto and infrastructure, and speedy recompenses of goods and services tax (GST). 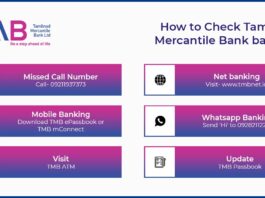 How to Check Baroda U. P. Bank Balance